A forum about toontown.

What is your favorite HQ?

While the Toons are rejoicing over the silliness which has spread to all corners of Toontown, the Cogs have launched dastardly invasions to scare the silliness away. Their assaults are so grim and humorless it is actually working! The silly levels have dropped back down to what they were before the Meter was built, but thankfully our new friends have joined in the battle! That’s right, the newly animated fire hydrants are helping Toons battle the Cogs! 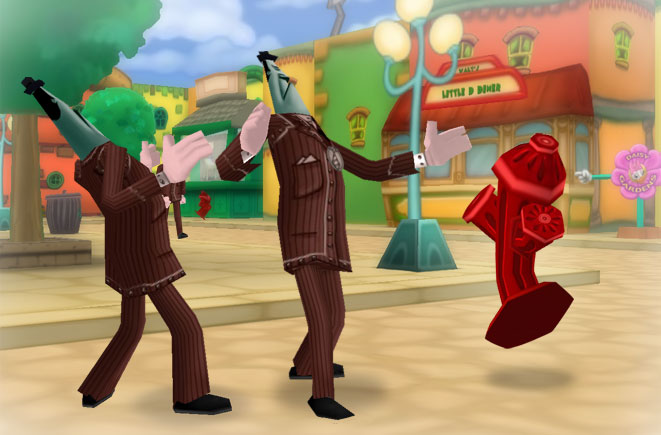 Jump into Toontown and read all about it in this week's issue of the "Toon News... for the Amused!" and then help defend Toontown from these Cog invasions -- with a little help from our new silly friends!
UPDATE: Some of the districts that were declared invasion-free were still getting attacked by Cogs, so the Toon Resistance put up signs saying "COG INVASIONS THIS WAY==>," which successfully lured them out! The invasion-free zones are back in business!
_________________